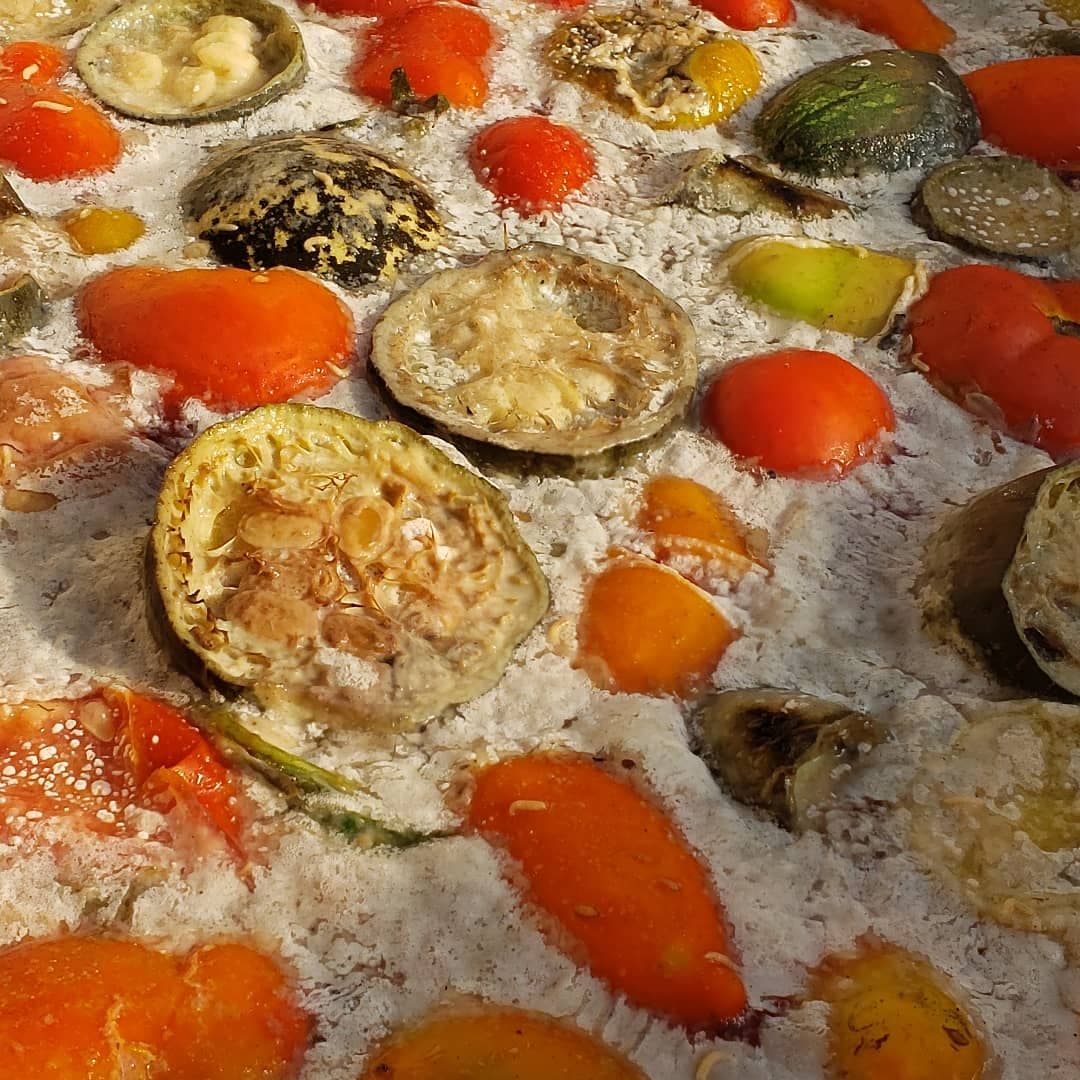 I’ve been making 5 gallon batches of flower power for a little while now using an airlock. As I look to the future I decided to try to scale it up to some degree for one final end of season drench. Mainly I want to see what bugs would get in it, how well the pellicle would form to protect it under plane cover with out using an air lock. So far I’m pleasantly surprised at the results. Great color, great smell, perfect pellicle that reforms in less than 24 hours if mixed. At first there where some fruit fly’s when I was using the string but since I switched to bungee cords they arent’ getting in it. Ewe maggots 😉 have moved it too, but eh that’s OK, they are great composters and I believe they will just further push the mix to full potential. Time to try it out.

There’s no science here beyond adding some labs and what ever fruit I could find. Ultimately I would have preferred to add a gallon of labs but as the season ends that’s all I had so I didn’t want to use it all on this experiment.

How to germinate seeds… 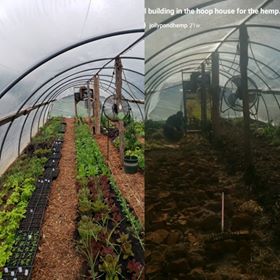 If you build it they will come…